I don’t know how many years it’s been since I got involved with Whatcom Hospice Foundation, but this year I’m honored to be president of their board, and looking back at all the community organizations I’ve been part of, I find it a good time to think about the good these non-profits have done over not just my lifetime, but those of my father and grandfather.  Volunteer service is an important asset to a community and I encourage everyone to take on a project, at any level, because everything helps.

I’m grateful at this point in my life that I have a business where I can spend 50% of my working life at the office and the other 50% working for these organizations.  It runs in the family.

My father was heavily into all kinds of community activities besides work, so I guess it’s genetic.

I was fortunate to fall in love with a beautiful girl in high school.  I married her in college and her father was involved in the community.  My grandfather and his father were also.  It was inevitable that I would be following in their footsteps.

Service club activities in Whatcom County have always been strong and active.  It’s just that kind of a place.  When I was young, the Elks Club was huge.  After the war, in the late 1940’s, my father asked if they would sponsor a new Explorer Scout program called “Sea Explorers”.  Bellingham’s proximity to the San Juan Islands and all the Salish Sea history made it a natural, Dad had been in the Navy, and the program was a hit. They even got their own boat, the “Discovery”, a moth balled ship from the war.

Dad came home to work for Standard Oil after WWII.  He delivered heating oil all over the county and got to know wonderful people from all walks of life.  He was dedicated to his customers, delivering no matter the weather, including the cold winter he drove the truck through frozen farm fields because the roads were snowed in.   But mostly, Dad got to know what people’s needs were and he cared.

His father had raised chickens and cattle and he would deliver care packages to people in need during the depression.  My father would go with him.   Service runs in the family. On his 90th birthday, Dad said to the family, “Never say no to someone in need”.

My start in groups probably dates to high school, where I joined clubs and became Senior Class President at Bellingham High.  As a grown up, I worked in Personnel at the Bellingham Herald and, having a publishing crew not anxious to be in the public eye, they put me in charge of public relations, with responsibility for community activities. I joined the Chamber of Commerce “wet behind the ears”.

Fortunately for me, I served as chairman on the Tourist and Convention Committee, surrounded by some extremely seasoned citizens who had local history and knew what to do.  Olympic medalist, skier, Franz Gabl, who later owned a ski shop, was one of them.  Another was the sales manager at KPUG. I learned all I could from them about organizations and fundraising, as we talked about enticing non-polluting industry into the community.

Somewhere in the midst of our meetings, the Mt. Baker race became a topic and would eventually become the Ski to Sea Race.  We had 5 events. Downhill skiing, cross country bikes, running, canoeing, and Hobie Cats racing across the bay to the finish line.  The race is still ongoing and I ended up with the title of a “Founding Father” of the Ski to Sea Race.

In my business of managing rentals, I became concerned about housing in the city.  I’ve come to know the housing market well and was appointed Chairman to Mayor Tim Douglas’ Advisory Board for city housing funds.   All of the HUD housing projects and Federal money comes through this committee and it’s fulfilling to be helping people in this way.

When you’re that involved in activities people begin to invite you into more service projects.

I was president of Kiwanis.  We did fundraising. We distributed funds to non-profits. I am now a member of Rotary.  The local Boys & Girls Club got started with a football program and softball leagues.  These programs are still there. They are a common thread in the community. It makes us a healthy community.  It takes many volunteers and a synergy between business and non-profit to make it happen.  Hospice House was a great example of that.

I became acquainted with Mike Kirkland, a wonderful volunteer organizer interested in creating a Hospice Program foundation in Whatcom County. He was seeking a steering committee.  I joined the ground floor discussions on how to raise funds.  We developed a partnership with Peace Health hospital and it grew from there to become one of the most effective Hospice Programs in the country.  During those development years, Mike Bradburn joined us and said he had appreciated the experience his mother had in the Hospice House in Portland.  We learned more about what made it so special.

Catholic Community Services had a property and building available and offered us a low interest loan.  We raised the funds and paid it off.  We remodeled their classrooms to patient rooms. The building wasn’t all that big, but we created 12 rooms.  Mike Hammes, owner of Ram Construction, joined the board and donated time and materials to the remodel.  The cost still rose to $6M because of all the regulations for medical services. 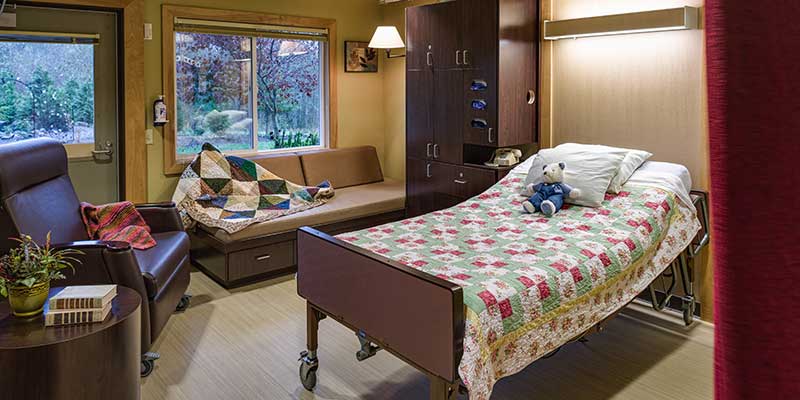 Our hospital partnership provides administration.  Our in-home services continue to grow.  Hospice House was based on 10% of hospice home patient numbers, but we now need to expand by at least another 4 units.  Hospice House is nearly always full and is busier each year.  We are always fundraising.  I ran the Hospice Golf Tournament for 5 years.  We made $40k the first year, $80K, then it grew to $130+ after.  Some of that was In-Kind donations.  We had lots of volunteers.  I am hoping someone can take this big project over in the future.

We’re at the point now where there are lots of people effected by the caring part of Hospice service.  Because we continue to raise funds from this generous community we are able to buy equipment and participate in programs that other parts of the country can’t afford.  Counseling, both family and individual is one of those important services.  Hospice patients have a lot of anxiety and turmoil going on.  Their families need to know that the patient is cared for and that they needn’t worry about medical bills.  Counseling is vital.

It’s a wonderful experience to be a part of this program.  I’ve received a similar blessing from my involvement with the St. Joseph Hospital Medical Center Foundation (I’m also a founding father of their Board).  I am honored to serve on the Hospital Foundation Finance Committee.

I have dozens of Thank You notes sent to Whatcom Hospice Foundation for helping family and friends through the most difficult phase of life.  In future blogs I’ll share a few of them.  Perhaps they will inspire you to become involved with a non-profit in our community.  It’s rewarding to share your skills and knowledge in a way that sees positive, far-reaching results. 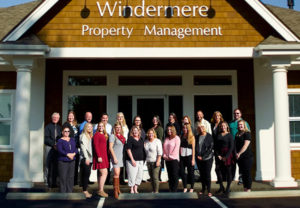 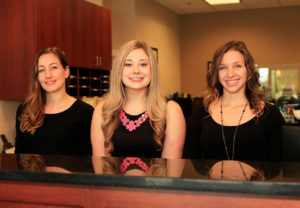 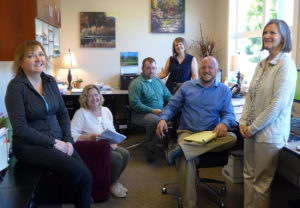